The use of cartoons as a communication tool in the mass media has a significant impact on society, as it is covered in this Ted Talk essay on “Dictators Hate Political Cartoons – So I Keep Drawing Them” by Rayma Suprani. With each community interpreting the artwork differently, political cartoonists make the drawings less complicated by distributing ideas across their pictures. As a result, political cartoonists are powerful because they persuade, are ambassadors of justice, expose political injustice, are neutral, and communicate with humor.

The author was persuasive in the manner in which she revealed how powerful a good cartoon could be. Cartoonists should be truthful and communicate without being afraid of the results (Suprani 00:10:38-00:11:03). When the truth is revealed, some people react while others act. In essence, the perpetrators of injustice will likely oppose criticism and find a way to eliminate the cartoonists.

Besides, cartoonists act as ambassadors of justice. For example, they use pictures to publicize vices practiced by the government while ensuring fairness is administered (Mackay 2). These drawings help readers to discover various forms of injustices and provide them with the basis for questioning their governments. Therefore, cartoonists are responsible for balancing the truth and informing readers.

Political cartoonists use their artwork to expose political injustice in society. For example, Cloe Shasha drew a cartoon that represented a certain woman who was a prisoner (Suprani 00:12:06 – 00:12:36). She used creativity in artwork to reveal the hidden truth to the world. Furthermore, her experience demonstrates how dictators respond to critics from cartoonists. For instance, Shasha lost her job after intentionally drawing Hugo Chavez’s signature in the form of a cartoon (Suprani 00:02:25-00:03:37). This act shows how leaders misuse their powers to intimidate those who criticize their administration. Therefore, satire is a useful communication tool that many politicians may hate.

Cartoonists should be neutral when communicating their ideas with humor. They should break away from their taboos and use their work to spark a dialogue instead of confrontation (Suprani 00:08:04-00:08:36). In this case, maintaining neutrality helps the readers to establish the gap and understand how the picture addresses the issue. Therefore, they are allowed to control and analyze what matters most to them.

Creativity with humor is often used as an informative method of criticizing. According to Srivastava, if the artwork contributes to a change within administrative systems, the success will be attributed to the cartoonist’s creativity (par. 5). This achievement portrays how powerful the creativity of cartoonists can be. Moreover, cartoons use metaphorical objects to explain ideas. Not only does the purpose of the cartoon represent facts, but it also does so in a humorous way (Halloran 198). In this case, humor is used to attract readers and speak lots of information in a single event. Therefore, cartoonists should use their funny, creative pictures.

In summary, Cartoonists should reveal more evil through their creativity. Basically, they can be persuasive and effective when using their cartoon artwork to expose infringement of people’s rights. These drawings can break the communication barrier and are humorous. Furthermore, the society lacks the power to question if it does not understand how the government infringes their rights. Therefore, cartoonists take the initiative and inform people politically in a neutral manner. All people equally have the freedom of expression, and the government should not intimidate cartoonists who expose its unlawful act.

Srivastava, Ananya. “Critique in Caricature: Is Political Cartooning a Dying Art, or Is There Hope For Its Future.” Firstpost, 2017, www.firstpost.com/living/critique-in-caricature-is-political-cartooning-a-dying-art-or-is-there-hope-for-its-future-3427950.html. 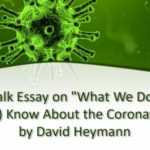 Essay on What We Do (and Don't) Know About the Coronavirus

Ted Talk is a medium that gives professionals a platform to give their views on various topical issues of concern to society. Basically, the platform has gained popularity because it is regarded as a source of information that many rely on for educational purposes. This Ted Talk essay on "What We D... 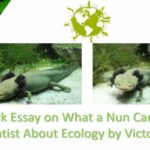 Essay on What a Nun Can Teach a Scientist About Ecology

By considering this Ted Talk essay, “What a Nun Can Teach a Scientist About Ecology” is a short video of a presentation made by Victoria Gill. Basically, Gill proposes the idea of a need to incorporate the knowledge possessed by indigenous people with science to restore the ecology. In this case, s... 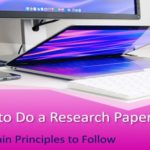 How to Do a Research Paper

The writing of research papers is a common task for most undergraduate and postgraduate students. Basically, the challenge of producing a research work arises during the writing stage. Also, people need to know how to do a research paper. In particular, the early development of a thesis statement, ... 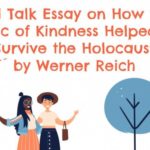 By considering this Ted Talk essay, the video called “How The Magic of Kindness Helped Me Survive the Holocaust” tells the story of a Jew. This man had enjoyed an act of kindness while staying at the Auschwitz camp. When he was an adolescent, a compassionate man taught him a life-changing magic tri... 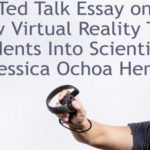 Essay on How Virtual Reality Turns Students Into Scientists

In 2019, an education activist, Jessica Ochoa Hendrix, gave her speech "How Virtual Reality Turns Students Into Scientists" on bringing science to life in schools. For the last couple of years, she has been working on an extended reality project that would enable students to take on the role of mar... 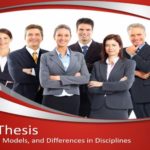 Students at advanced levels of education have the desire to successfully write a Doctor of Philosophy (PhD) thesis. Basically, this type of writing demonstrates their expertise in a discipline. Also, it takes an extended period for the creation of a PhD paper because of its sophistication. Thus, th...