This Chicago style citation covers main aspects of the format. Basically, students require guides on how to cite evidence in the Chicago format to avoid cases of plagiarism. Unfortunately, many websites that provide guides on the Chicago writing format include different details because authors do not follow the rules of the official source. However, the Chicago writing style differs from other formats because of the note-bibliography citation type. In this case, the Chicago format requires the use of footnotes as organizing in-text citations and bibliography entries as referencing the sources. Therefore, people need to know the rules of the Chicago style citation to write high-quality papers.

General Aspects of the Chicago Style and Citations

In particular, the Chicago style citation is used in some university programs to provide a standard technique of identifying sources in academic writing. For example, students get writing assignments where they need to cover their essay topic and follow the Chicago manual of style. Hence, students use illustrations or evidence in demonstrating the general formats where the Chicago manual of style citation is preceded by ‘N’ while bibliography entries are represented by ‘B’ to follow the writing format. However, not all of the people know about the key features of the Chicago style format and Chicago bibliography. In this case, the content of this handout provides a succinct overview of the Chicago style and citations by highlighting the main format rules for footnotes and bibliography entries.

Footnotes as Citations in the Chicago Style

Firstly, the note-bibliography style is one of the manifestations of the Chicago style citation among other paper formats in this case of citations. Basically, this technique requires the writer to signal the incorporation of information from other sources by putting a superscript after the punctuation that ends a particular statement, which contains the referenced information. In this case, the Chicago format stands out among other referencing techniques where details of a source are not included within the continuous text of an essay. On the other hand, the superscript generates a Chicago footnote, which comprises of the authors’ names, the title of the source, publication details, and page numbers. However, Chicago footnotes provide complete information concerning the source and the specific location of the referenced information. Thus, a sample Chicago footnote of the citation in this style is illustrated in the example below:

Superscript in the Essay:

For instance, the World War had over two million recorded deaths.1 Hence, this statement demonstrates . . .

Multiple Authors and Organization as Authors

Then, the identity and number of the authors provided for a given source slightly modify the Chicago footnotes as citations to follow the style. For example, the title of an official organized body is substituted as the author of a source where the no individual author is provided on the document. In this case, the organization in the Chicago style citation may be the author and publisher. Moreover, three or fewer authors are mentioned by their names, but four or more authors are represented by the name of the first author, followed by “et al.” Basically, this rule concerning authors should be adhered to maintain consistency across different works. In turn, the lack of either an individual author or organization name in the Chicago style citation forces the writer to use the title of the work as the primary identifier of a source.

Examples of Footnotes in the Chicago Style Citation

An Organization as Author:

Shortened Notes in the Chicago Style

Moreover, the complete citation information in the format is not repeated each time a source is referenced. For example, the level of detail in the Chicago footnote reduces to include the authors’ family name, the condensed title of the work, and the page number in subsequent notes. In this case, notes are usually written in a short form to facilitate the tracking of sources without consistent repetition of lengthy notes. Also, short forms may follow the author-only, author-title, or title-only format in the Chicago style citation. Firstly, the author-only format citation condenses a note to the author’s last name and page numbers, but a shortened title is provided to differentiate multiple works of the same author. Then, author-title type maintains the author’s surname, shortened title, and page number for all footnotes. Finally, title-only Chicago style citation is used only when there is no known author for a source.

In turn, a bibliography in the Chicago style citation is the complementary list of sources that is included to highlight illustrations. For instance, the full footnote contains nearly the same information as a bibliography entry with a slight variation in the organization of the specific details and punctuation. Moreover, the note-bibliography Chicago style citation may appear repetitive. Basically, students need to mention the full footnote only first time when citing evidence. After that, they can use the name of the author with the use page number from the source. However, Chicago footnotes and bibliography serve different purposes. Firstly, footnotes show the page number from where authors take evidence. Secondly, bibliography entries serve to show the source itself. In this case, others can read or use sources for their papers. As a result, this difference is evident in the lack of specific locations in the bibliography entries.

Chapter in an Edited Book:

Conclusion on Chicago Style and Citations

In conclusion, the Chicago style citation rules have been discussed with a focus on the critical aspects of the referencing. Basically, students must know these principles in organizing their paper and following the rules when they cite Chicago. In this case, Chicago footnotes and bibliography entries are the key features of the format. However, there is much information on the Chicago style citation that can be found on the official website of the format. In turn, the examples of Chicago footnotes and bibliography entries are based on fictional referencing details and should not be considered as real citations. 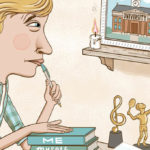 Any personal statement starts with the consideration of the requirements and self-reflection. Because people want to achieve their goals, they need to find ways of how to get it. In this case, education is what helps young persons to find their paths. Basically, students need to write personal refl... 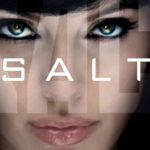 When people get assignments to write a paper on the assigned video, they begin to search for additional information on it. Basically, a video review is a paper that covers personal thoughts or ideas on specific movies. In this case, for this article, the film "Salt" is taken for a video review. The... 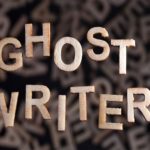 A ghostwriter provides essential services to companies and individuals. In this case, the freelance writer helps to write content that matches the requirement of the client. However, companies that want to prepare some reports may not have the required expertise. Basically, they hire services from ... 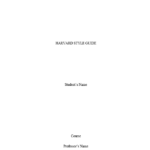 This Harvard style guide serves to help people to write better papers by following the key rules of the format. Unfortunately, many students face a lot of challenges when they get their assignments in the Harvard format. Moreover, many websites provide wrong information on the Harvard style because... 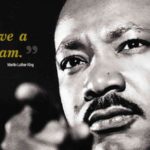 Speech writing is an important aspect of persuading people. Although some people state that they can persuade everyone in everything, these individuals use specific techniques. For instance, Martin Luther King in his speech, "I have a dream," implements examples, thematic words, common language, si... 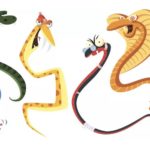 Generalization is a situation when people may miss a lot of details to make a simple claim. In particular, it is a case when people make a general judgment on a specific concept. For example, this situation is common when students at colleges and universities learn about the concept of generalizati...