Five-paragraph essays are one form of academic writing that helps students build their writing, critical thinking, analytical, and persuasive skills. As the most common example of this type of essay, an argumentative essay allows students to address an issue by looking at the evidence available in scholarly sources. Also, the evidence is essential in backing up the writer’s arguments, counter arguments, and rebuttals. As a result, such a paper has 5 parts of an essay: the introduction, writer’s arguments, counter arguments, refutation, and conclusion.

General Guidelines on 5 Parts of an Essay

Essay writing is an academic exercise that enhances students’ writing, critical thinking, reflection, and analytical skills. Besides providing students with a platform for using these skills, essay writing allows them to build effective communication skills by using 5 parts of an essay. In this case, scholars write different types of essays, including narrative, expository, argumentative, persuasive, and comparative. Then, the choice of which to essay to write and its topic are details that instructors give to students. However, authors can choose essay topics if they have such options. When students write a 5-paragraph essay, they must ensure to capture content in five parts, which address separate but related subjects. In turn, these sections include the introduction, supporting details covered in three body paragraphs, and conclusion. Besides, the most common five-paragraph essays are argumentative, where three body paragraphs cover the argument, counter argument, and rebuttal.

Find out about our service and get a discount.

Hence, regular essays are more prevalent in the academic sphere, and the task is usually to write something like a 500-words essay on a given topic. The essay outline in such a case will vary and might be altered with additional subheadings. However, an argumentative essay is a more complex version.

Based on an essay outline of 5 parts indicated above, it is clear that the content of each of the five paragraphs is unique. However, it all revolves around topics that students interrogate. For example, if authors are examining the medical benefits of marijuana, the introduction part should introduce readers to this topic. Here, writers can offer the context of the theme by discussing the debate around medical marijuana. In the argument section, scholars should state the medicinal benefits of marijuana by citing research evidence. In the counter argument section, scholars should discuss ideas that challenge the claims made in the previous section. On the other hand, the rebuttal section should challenge the ideas in the counter argument part, while the conclusion segment should confirm some reasons as to why marijuana has medical benefits.

It is standard in academic writing for students to begin every text with an introduction. By considering a structure of 5 parts of an essay, the introduction sets the stage for the author’s claims in the main text. Here, students must ensure to address three things: that they have the readers’ attention, that they have contextualized their message, and that they have made clear the intention of the text. In short, the introduction comprises a hook, background information about the topic, and a thesis statement.

To arouse curiosity in readers’ minds, students should start the introduction section with a hook. Ideally, this is a powerful, eye-catching statement that grabs the readers’ attention and makes them interested in continuing to read the essay. Basically, if scholars know how to write a hook, they understand their audience. In turn, a hook sentence can be a quote from a notable personality, a research finding, a controversial statement by a noteworthy figure, or a joke. Also, the hook’s essence is to make sure the audience is fully engaged in the essay right from the start.

The best way to make the audience keen on what writers say in their text is to provide them with the topic’s context. In other words, starting this section of 5 parts of an essay by going straight into claims and arguments without giving readers information that makes them conversant with issues relevant to the topic is like leading blind followers. However, background information makes readers aware of the context of the topic. In turn, by assuming the topic is the legalization of marijuana, students should write about the debate surrounding the topic, including arguments for and against legalization. Besides, authors should not dwell too much on background information.

The thesis statement is the claim that writers make in concluding the introduction part of their essays. Basically, the essence of this statement is that it exemplifies the writer’s main argument in the text. Moreover, all the body paragraphs should provide content that underscores this statement. Then, considering the above example about the legalization of marijuana, authors can conclude the introduction part by stating that the benefits of legalizing marijuana far outweigh the costs. As a result, this statement becomes the thesis that guides the entire paper.

The second section of 5 parts of an essay is the body. In particulars, students delve into the topic by analyzing evidence that backs up their thesis. For example, writers provide readers with sufficient details about the topic, using the thesis statement as the guidepost. In a five-paragraph essay, the first part of the body (which is the second section of the article) emphasizes the writer’s arguments. Then, by considering the topic of marijuana legalization and the thesis statement that claims the benefits of legalizing marijuana far outweigh the costs, writers use this section to back up this claim. To make their argument credible, authors must rely on scholarly articles to find evidence that supports their claim. In turn, it means using scholarly, peer-reviewed journal articles, books, and official publications as sources of this evidence.

Claims are the primary content in body paragraphs of an argumentative essay. In the first part of this section, students offer claims in support of the thesis statement. Basically, these claims are different from the writer’s opinion because they are backed by evidence from scholarly texts. Also, such claims can be as many as authors wish. However, there must not be too many statements to make paper lack the author’s voice. Then, in every claim that students make, there must be supporting evidence and the author’s interpretation. In turn, the interpretation reflects how writers understand the evidence in the context of their central argument. Hence, besides providing supporting evidence, scholars must mention how it strengthens the thesis statement.

Evidence includes facts and statistics that students find in the process of researching the topic. Basically, rules of academic writing dictate that authors should rely on scholarly sources to find evidence that backs up their claims. For example, there are many criteria of identifying scholarly sources, but the most common are: a) sources must have an author with notable academic credentials; b) sources must be published, such as a book or journal article; and c) sources must be written in a formal language without jargon or slang.

The third section of 5 parts of an essay, which is the second part of the main text, focuses on counter arguments. Ideally, it makes no sense for a writer to outline arguments in favor of an issue without recognizing divergent views. In this case, the counter argument section is where authors mention discussions by critics and scholars that undermine the claim established in the thesis statement. To make sure the entire paper is scholarly, writers should also back up these counter arguments with evidence from academic sources.

After mentioning arguments that counter the main argument in the thesis, students should refute these claims. Basically, the fourth section of a 5-paragraph argumentative essay, which is the third part of the main text, is the rebuttal. In this case, writers challenge counter arguments to convince readers of the validity of the claim established in the thesis statement. Then, the best approach in writing refutations is to point out any notable flaws in the counter argument(s). Like in all other cases where authors make a claim, supporting or challenging the thesis statement, evidence from academic sources should back up such refutations. Hence, this section aims to convince readers that, despite contrary evidence, the writer’s argument is weighty.

A. Essentials of Persuasive Paragraphs

When organizing three body sections from 5 parts of an essay, students must ensure what they write in these segments is persuasive. In a five-paragraph essay, authors should start each of the three body paragraphs – argument, counter argument, and rebuttal sections – with a topic sentence. For example, if scholars know how to write a topic sentence, they understand that it establishes the writer’s focus in that particular paragraph. However, in order to have a proper logical flow, all topic sentences should be related to the thesis statement. Consequently, writers should end each paragraph with a concluding sentence. In turn, this statement links the topic sentence to the thesis statement and creates a transition to the next section. Moreover, the content that goes between the topic and concluding sentences is evidence, analysis, and interpretation. In essence, it is a sandwich rule.

The last section of 5 parts of an essay is the conclusion. Basically, it is a place where writers rest the matter. Basically, chances that readers may have lost bearing about the writer’s mission are always high toward the end of an essay. As such, authors should restate the thesis statement in the conclusion part to remind the audience about the paper’s original intention. What should follow is a summary of the claims, including the writer’s arguments, counter arguments, and refutations. Moreover, scholars should be clear that their arguments are valid despite contrary evidence. In turn, the last statement should capture the writer’s concluding thought. Here, students should offer readers a perspective of what would happen if their arguments are implemented. In other words, they should emphasize the practical implications of their argument(s).

Summing Up on 5 Parts of an Essay

Essay writing is an essential academic activity for developing students writing, critical thinking, analytical, and persuasive skills. When considering 5 parts of an essay, students should focus on getting sufficient content to fill these sections. For example, these parts are the introduction, writer’s arguments, counter arguments, rebuttals, and conclusion. In turn, students should master the following tips when writing a five-paragraph essay: 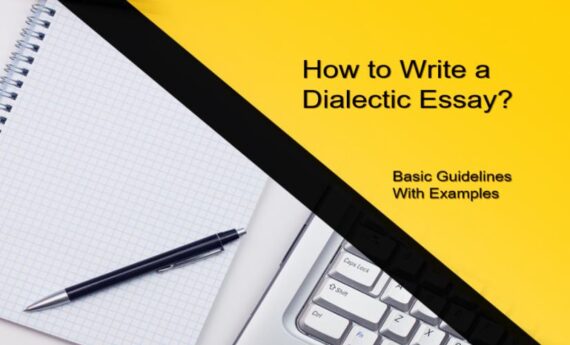 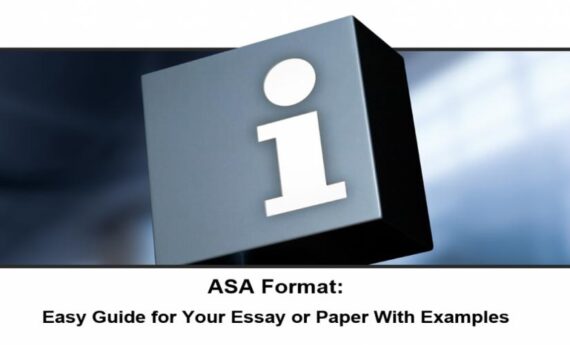 Alex Turner
ASA Format: Easy Guide for Your Essay or Paper With Examples 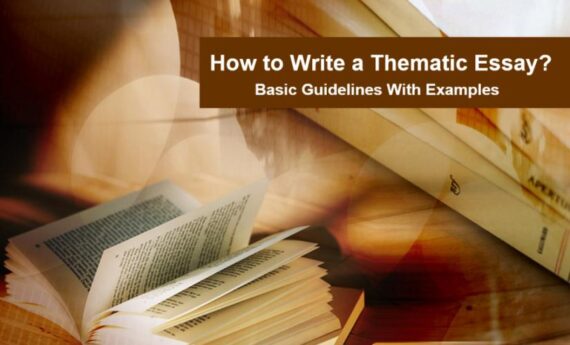 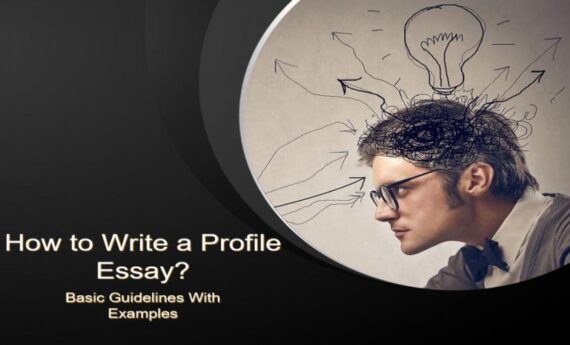 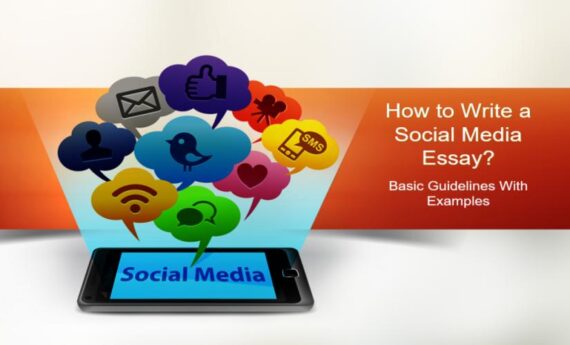 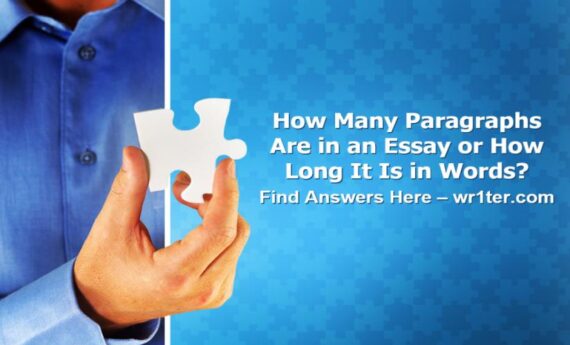 Alex Turner
How Many Paragraphs Are in an Essay or How Long It Is in Words?