A memo has a distinct structure that makes this style of paper stand out from other forms of writing explicitly because of the memo’s purposes as a type of formal writing. A memo usually identifies a problem and draws the attention of concerned parties to make recipients aware of problems, establishing the need for the issue to be addressed. However, memos have to provide solutions to addressed problems. Therefore, an analysis of components that make up a memo is presented to show variations and possible structure of memo examples.

There are two main parts in a memo: Heading and Body. The heading segment is usually the first part of memo samples. The information contained in the heading segment is usually related to the memo’s origin, content, and desired audience. Moreover, the body of a memo usually follows just after the heading segment, and this part contains a detailed but brief presentation of problems, solutions, and recommendations. Hence, each of these elements has general formats. In turn, writers organize memos in slight variations to general formats to accommodate institution-specific memo structures, achieving the intended purpose of that particular memo.

Each word in headings has a specific purpose. For mple, descriptive segments identify target audiences using “To,” represent background information using “From,” and hints toward the content using “Subject” (“How to Write” 2). Also, memo examples contain a date that allows recipients to know when authors wrote documents. Consequently, heading segments are the first part for anyone who receives memos and begins reading.

Company headers usually identify institutions to which memos belong. For example, headers, depending on the institution’s preferred formats, may either be at the top left, the center, or top right of documents (“Memos”). However, institutional headers used in memos are usually shortened versions of headers used in formal letters. The company’s header usually lacks the detailed contact information and address but instead just contains the logo, and, in some cases, a short caption line below the logo. Choices of how headers will look fall solely on institutions. As a fact, institutions use memos for internal communication. However, since companies have many departments at different physical locations, writers may include logos to show institutional affiliation.

Descriptive segments consist of “To,” “From,” “Date,” and “Subject.” In particular, it aligns to the left margin. For instance, the word “To” provides platforms for listing all the names of intended recipients in memo examples (“How to Write” 2). The names provided usually include the first and the last name of recipients together with titles of departmental affiliation. In cases where all the recipients are aware of each other’s identity, for example, within a department of fewer than ten employees, members use the first initial followed by the last name (2). Also, writers list recipients either alphabetically or according to ranks in institutions, although it is better to use rank arrangements. Additionally, senders may use departmental sorting of names.

Sample Heading of a Memo

At times, writers may not list all the recipients’ names in the “To” position due to a large number of recipients. To remedy this challenge, the words “See distribution list” are filled in the “To” area, and a distribution list is written at the end of memo samples (2). “From” provides the area for a listing of author’s or authors’ names accompanied by initials. Hence, the ordering of names for multiple authors is similar to that for multiple recipients. Moreover, s of a “Date” are the month, day, and year of authorship. When indicating dates, no abbreviations should be used (2). Therefore, descriptive segments in headers are essential for memo examples. Providing information regarding origins and intended receivers makes memos more credible.

The introduction part works to establish the memo’s context. A basic introductory paragraph includes memo’s purposes and any additional information that is relevant to help recipients to remember exact events referred to memos, for example, reference numbers to a letter and a brief outline of the remaining part of the body (“Writing Memos” 3). Hence, depending on the intended memo plan style chosen, the length of the introduction paragraph changes accordingly. For a one-page memo, paragraphs should be roughly 4-6 sentences long.

The second part of the memo or statement of facts illustrates specific points related to problems or issues addressed by memo examples. Providing evidence, data, cases, and valid arguments elaborates more on the memo’s subject.

The argument part provides evidence and explains the relevance of the facts mentioned in previous sections (“How to Write” 3). Also, this feature shows relations between suggested solutions and problems addressed.

Conclusions summarize the memo’s content. For instance, summaries may include stating recommendations or specific courses of actions for memo’s recipients. Writers take this situation in the specific case, and an indication of future actions is based on the memo’s findings.

Different Structures of the Body Part in Memo Examples

The body of memo examples can take various structures. The kind of structure taken depends on factors, such as the type and the content. The next part is the memo’s type. For example, a lengthy memo has a longer and more detailed body as compared to a short memo. Additionally, memo samples, presenting outcomes of particular activities, might use subheadings while this feature may not be necessary for straightforward content, such as informing employees to attend meetings (“Writing Memos” 2). Nevertheless, the memo’s body should be brief and straight to the point. There should be no additional statements that add no value to the content. Conclusions should be obvious for readers because of processed information. If possible, concluding segments should not be presented in long, complicated sentences (see Conclusion Examples). Thus, the memo’s body holds all the subject content under discussion. In turn, a sample of midterm memo for English 101 class is provided below:

Most memo samples are usually short one-page documents. In this case, writers organize documents to portray great readability. For instance, spacing is usually at the author’s discretion but is restricted by a few guidelines (“Writing Memos” 4). Therefore, there should be no spacing that holds no significance to memos. Hence, one should not place unnecessary spacing to fill pages. Spacing should permanently break body paragraphs into logical sections for readability. Writers cannot have memo examples with one single paragraph. Moreover, senders should use a suitable font and font size to enhance readability. Thus, the presentation of a memo is crucial, resulting in the document’s readability.

Discussion segments of the memo’s structure should provide adequate information for anyone. Memo examples have two main parts: Body and Heading. The particulars on each of these parts have been scrutinized. Hence, employers and employees should master memo writing as a skill as they can use such a piece of knowledge in various institutional settings.

How to Write an Effective Memo. Kean University, 2019, www.kean.edu/~cpdonova/HowtoWriteaMemo2.pdf. 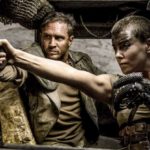 This academic review is about a theme of matriarchy in Mad Max. This theme becomes popular in modern cinematography because of the representation of a woman as a dominant power. In particular, by considering patriarchal norms, women cannot take a key position in society because of established pract... 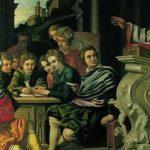 This rhetorical analysis sample represents the key aspects that people should know in academic writing. In this paper, writers can find the main aspects, including tips that they can use in their works. In particular, any rhetorical analysis starts with researching credible sources to find necessar... 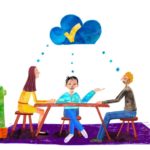 This argument analysis essay example looks at the process of how to do a Rogerian argument by using the debate on homeschooling. In this case, the goal is to use the sensitive subject on the discussion about homeschooling to identify both the opposing views and proposing views of homeschooling and ... 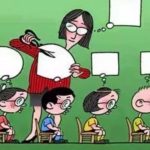 This rhetorical analysis essay example emphasizes the problems that the educational system has right now. Using the Ted Talk by Ken Robinson, “Do Schools Kill Creativity,” it was found that various institutions fail to educate students in the expected way as they cannot encourage their creativity. ... 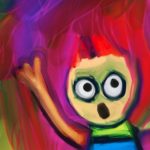 Narrative writing is a type of homework assignments given to students from the schools. In particular, the main reasons for doing narrative writing are the improvement of a student's memory and thinking, help with building positive study skills and working individually. Additionally, the amount of ... 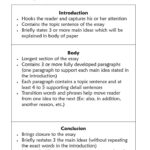